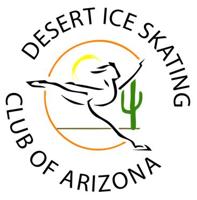 The Ice Den Chandler is proud to be the home of the Desert Ice Skating Club of Arizona (DISCOA).  The club was formed in July of 2006 and became a provisional Club of U.S. Figure Skating in April of 2007. In August of 2007, they were granted 501©(3) non-profit status by the IRS and are now recognized as an official USFS club.

DISCOA hosts events for its members throughout the year including a National Skating Month Celebration, skater celebration and recognition banquet, discounted tickets to events such as Cirque du Soleil and Stars on Ice, and teambuilding opportunities such as outdoor holiday skate party and other cultural and social activities. The club offers several test sessions throughout the year, and exhibitions and critiques based on needs.

DISCOA is the home club of the Ice Denettes Synchronized Skating Program, and supports its members on the Ice Den Solo Ice Dance Team and the Arizona State University Collegiate Skating Team.

In addition to its talented membership, featuring skaters who compete on the local and regional levels, the club hosts the Arizona Ice Classic, an annual skating competition held in August.

The ultimate goal and purpose of DISCOA is to cultivate and develop a spirit of mutual respect and support among ice skaters, both competitive and recreational, of all ages and abilities.

We love to see our skaters in action! Send your photos to photos@discoa.org or tag us @discoaskate on IG and #discoa on Facebook

Have a question or need information? Please use the following emails to contact us.